Winner is located in the farm and ranch country of south central South Dakota. Tripp County is a hunting paradise for sportsmen. Open prairie, wooded creeks and rolling hills provide the habitat for game and rivers, stock dams, and lakes offer quality fishing. State management programs such as depredations and stocking insure the hunter’s success.

Click here to learn about this exciting hunting event!! 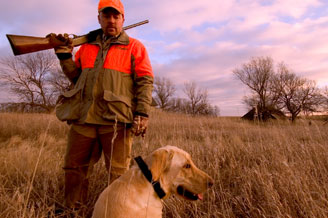 Tripp County is known for top-notch pheasant hunting. In the past few years Tripp County has ranked #1 in South Dakota for pheasants harvested.  Other game birds available in the area include grouse, partridge, prairie chicken, dove, and turkey. Mature spring gobblers weighing up to 25 pounds are baggable.

Big game such as trophy Whitetail and Mule Deer, along with Antelope roam the prairie. Many rivers and stock dams meander and dot the prairie containing large numbers of quality game fish. Species included are Largemouth Bass, Northern Pike and Crappie, all of which are in season year round.

The black-tailed prairie dog is found throughout western South Dakota.  It’s no secret that these small, gregarious rodents are a major irritant to ranchers whose cattle compete with the burrowing grass-eaters for grazing land.  The ideal time to hunt prairie dog is May through September.  In many areas prairie dog towns are accessible only on primitive roads that may be impassable during rainy weather.  It’s a good idea to have a pickup or four-wheel drive for some areas.  Be aware that rattlesnakes are also plentiful in some areas and it is wise to be watchful for them.

Visitors will find Winner halfway between Sioux Falls and Rapid City at the intersection of Highways 44 and 18. The municipal airport has two runways, the longest of which is 5,500 feet of concrete surface. 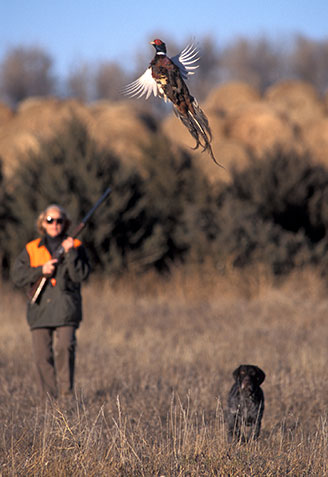 Here Are Some Of Our Favorite Links!